Some 71 inmates arrested within the context of the Anglophone crisis have written a strongly worded letter to Members of Parliament asking them to intervene in their case.

They informed the MPs that they are embarking on a hunger strike until the government releases them.

The inmates see the people’s representatives as their only hope.

In the letter the Anglophone Inmates said they have never undermined the security of the nation but have been brandished as terrorists by the State.

They also recounted the case of a certain Ndasi who is said to be an epileptic patient but is not being treated like a patient. 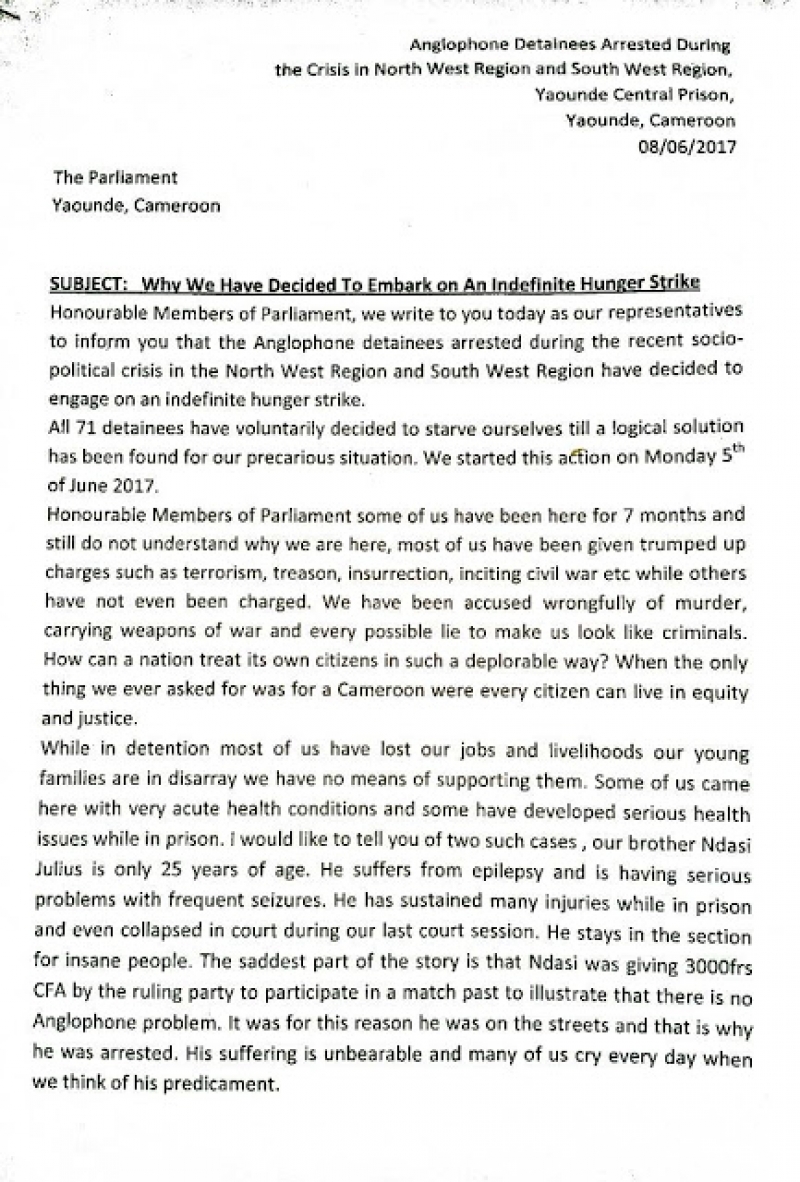 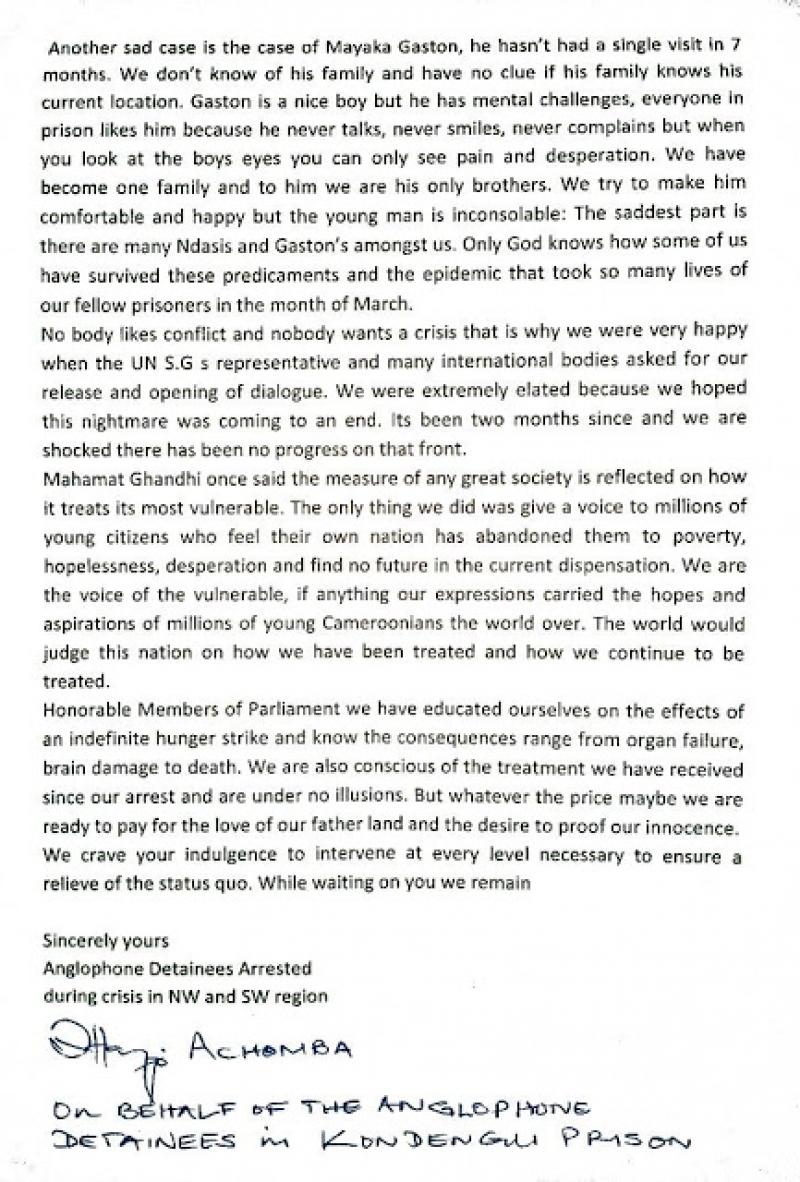