The Government of Cameroon through the Bamenda Court of First Instance has summoned Bishops Cornelius Fontem ESUA, Bishop Michael, Bishop George NKOU, Fathers Michael KINTANG and Williams Neba among others for statements and releases made during the heart of the Anglophone crisis which according to the State have paralyzed activities in schools.

In a summon with seven counts handed to the defendants, the complainant is accusing the catholic clergy men of failing to ask parents to send their children to school despite collecting school fees from them, causing confusion and persistently refraining from performing duties which are to teach children which according to the State is an offence contrary to and punishable under section 151 of the Penal Code.

Bishops Cornelius Fontem ESUA, Bishop Michael, Bishop George NKOU after a meeting with others signed a release indicating that  the non resumption of school was as a result of a non resolved political problem thereby committing an offence contrary to and punishable under section 157(a)of the Penal Code.

They are equally accused of causing the nonpayment of salaries of teachers in Mission schools for several months now an offence contrary to and punishable under section 183(2) of the Penal Code.

Other counts include release of Communiqué which propagated false information and puts national Unity in danger among others.

The Civil Claimant is therefore claiming the sum of 150.000.000 FCF5, One Hundred and Fifty Millions Francs CFA for special and general damages from the Catholic Church which is the employer of the accused.

They are expected to appear at the Bamenda Court of First Instance on April 21, 2017 by 9am.

The Catholic Church is yet to react to these allegations. 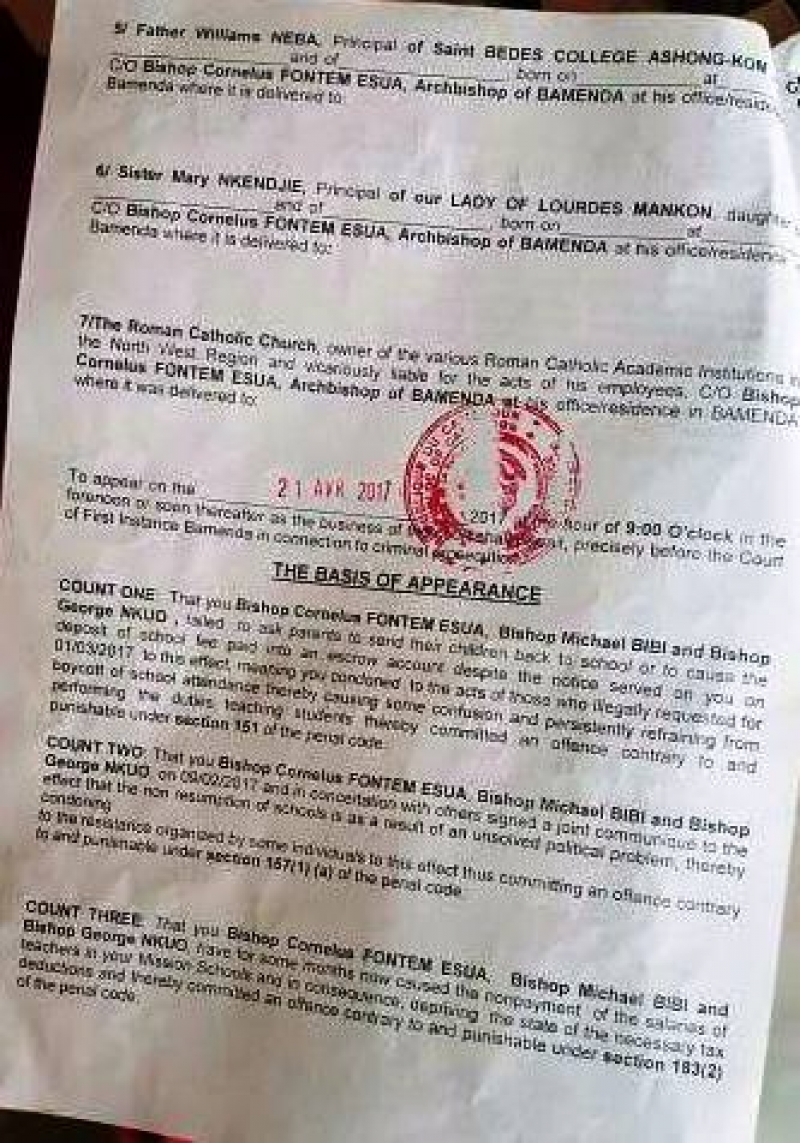 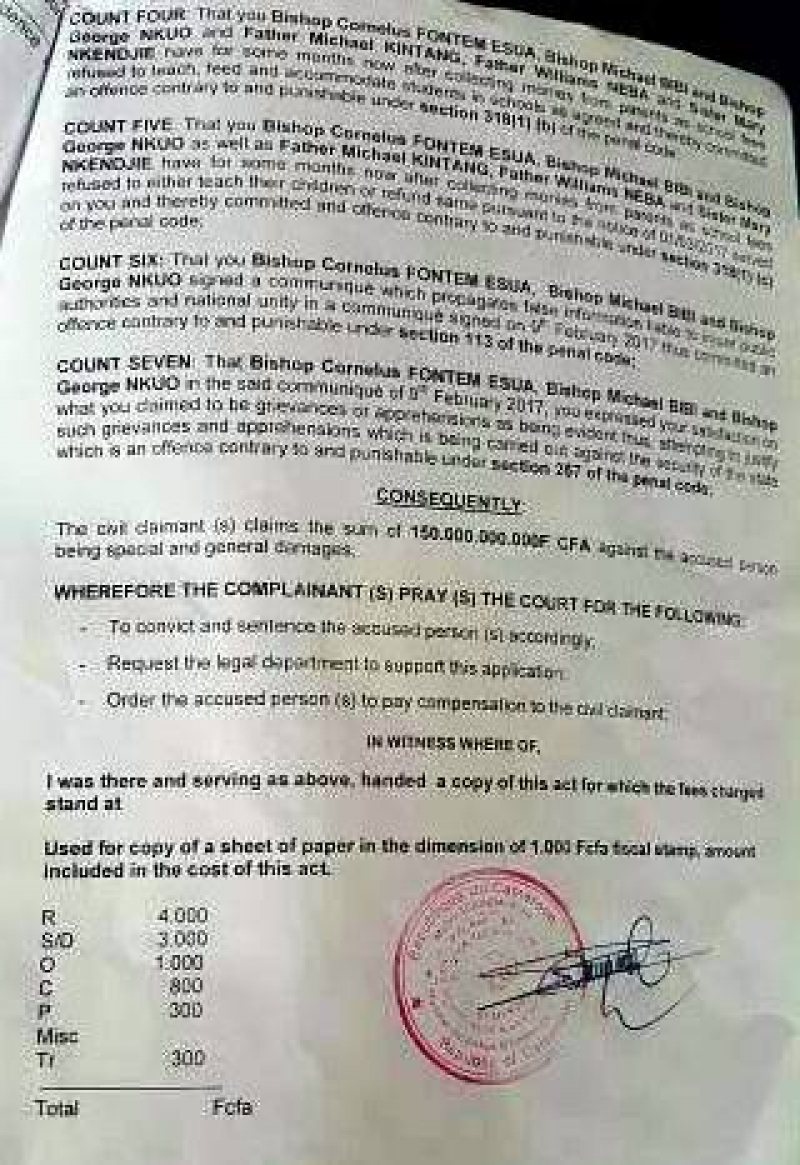